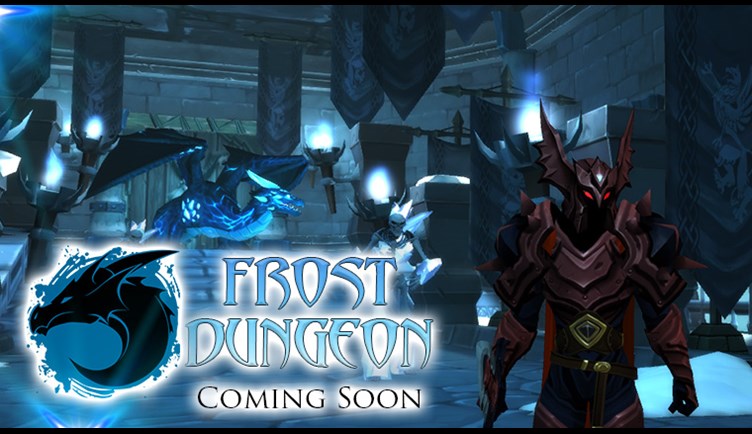 "A frozen, ice monster filled castle will be our first expansion to the Random Adventures"

A thunderous storm rages over the lab... rain dropping like a million tiny sledgehammers from above as thunderous booms echo and rumble. The lights flicker, occasionally the back-up batteries kick on and scream their deadly wails. Nothing interrupts our intense focus as we chisel away at the huge mountain of AdventureQuest 3D things... some coming soon, and some just a bit longer.

This week we will release the first expansion of our Random Adventures. Yergen finished the frost castle / dungeon last friday and it has been in testing all weekend. Of its well designed rooms, Lady Platinum and I particularly love the outside one. It gives a sense of what a massive place you are invading-- even if the random adventure version is so short.

Dage created a few new rewards you can earn from Random Adventures. Including an awesome wand.. that Cysero liked to much he went and sculpted one in real life. 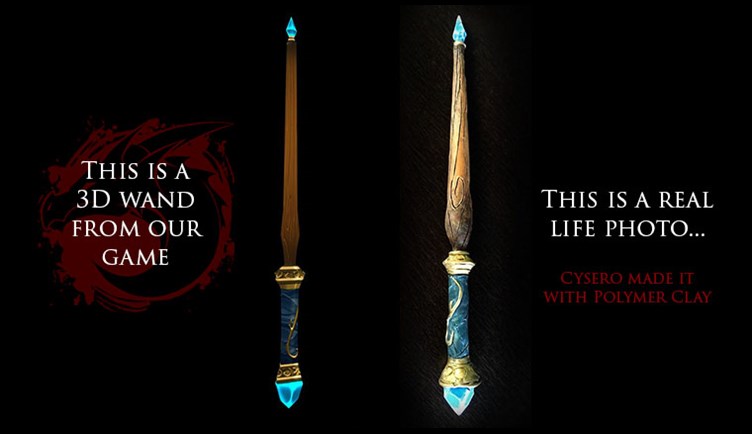 We start production of the new Greenguard forest on Wednesday. This will introduce a new storyline, all of our newest features, new challenge areas (like the secret challenge books in Ashfall), and more.  I will admit (and anyone here at the lab will tell you), that I have been struggling with the re-write of Greenguard forest. No less than 30 scrapped plots are now in my garbage can... (well, technically recycle bin.) Maybe it is because of how special this place is to me... or how many things I would LOVE to see happen here. But as the first area outside of our home town, it must be fun, interesting, and full of surprises. The story must be short and weave you through interesting areas-- and now that we can tell stories across multiple areas, we can get rid of all the grind that was there before and replace it with exciting adventure. 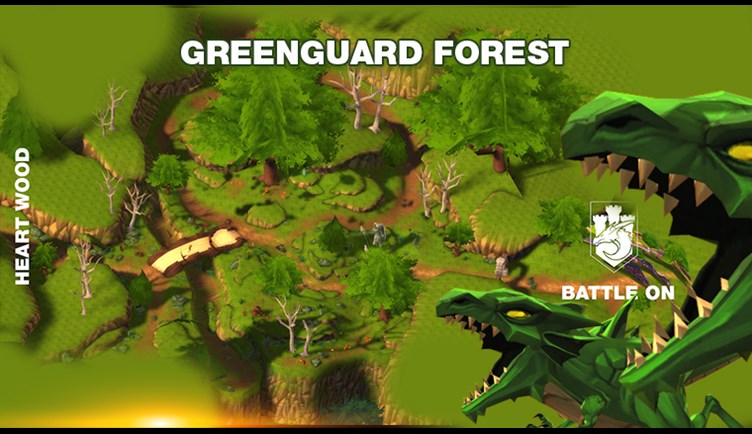 I got to run through the latest version of the map for Ashfall.. .mwahahaha... you are going to love it! *resisting temptation of posting screenshots* The final boss fight gives me goosebumps. Just waiting for Korin to finish the attack animations so Zhoom and the coders can add the AI to it. Defeating this will take a little more thinking than simply smashing buttons. Meanwhile, Cysero is writing the final dialogs for Ashfall Part 3's story mode.

Sound Manager
Warlic's new sound and music manager is now complete. This will allow us to have unique sounds on monsters, unique music for maps, and also 3D positioning for sounds. He has been working with Zhoom to finish integrating it in the game. We got our first sneak peak of it this morning.. I was so surprised when I slew my first sneevil that I burst out laughing. This is going to make the game a whole lot better. One of our newest coder-artists, Panic Pop, is  adding soundFX to monsters.

Sitting on Chairs & Laying Down
Meanwhile our other new-ish coder, Perseus, just finished sitting. He had created a version previously that we temporarily pulled until we had time to fix the bugs.

Combat Bug and Dungeon Spawn Bug
Just letting you know that our two biggest bugs are in line to be fixed next. There is only one person on the team who can fix them, and they have been stuck on higher priority issues. HIGHER PRIORITY THAN THESE TWO BUGS!?!?!? Yes. O_O But finally, he will dive in and get these resolved. This is the thing I am probably most excited about. 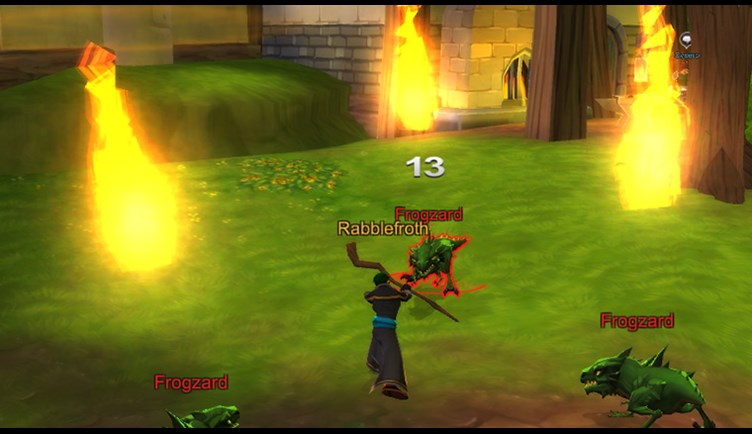 Class Improvements, new spells...
Is that Mage reining fire down on multiple targets? Rabblefroth, who spearheaded the huge project of the new stats and re-balancing, has more recently been working on the classes. Keeping in mind that AdventureQuest 3D is going to have a large and diverse array of classes you can collect and switch between, he is starting with the Warrior, Rogue, and Mage first. I have not seen any of his new stuff in action yet... but look forward to a more detailed post on this, and frankly everything briefly mentioned as it gets closer.

The interiors of Battleon's Bank and Hair Salon are nearly finished. The bank introduces a new race of creatures to our world. If you follow Dage's Twitter you may have already seen a sneaky peek of them. Meanwhile, in the Barbershop, we now have three barbers. We are going to release the barbershop along side the new hair, beards, and braids (or whatever they are calling braids now.. they keep changing it on me).

Originally we were planning Shaman Zone, Dragon's Graveyard, a magical forest, and then (can you guess?) our best ever saga for our October launch.  But we may need to shift things around to make it in time. We also have our new dungeon loot system, PvP, pets, and more.

What items would you like for your character? Cat ears, Gunblades, Wings.... if there is something you have been wanting for a while, let us know in the comments below.