How and why are players summoning bushes full of loot!? It's the giving season... and what screams "holiday gifting" more than spawning hostile shrubbery for your friends and fellow heroes? 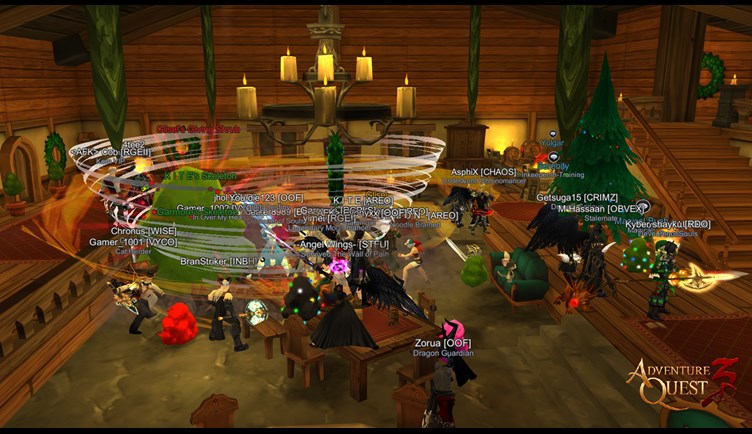 Earlier this year, a mysterious Secret Bush appeared in a back alley of town. It had a craaazy high amount of health. Defeating it granted the hero a strange item called a "Bush Faction Gold Card." No one knew what they were for (not even the devs)... until now.

Do you have a Bush Faction Gold Card? It is now a consumable gift card that summons loot filled shrubbery!  If you ever wanted to spawn monsters like Artix and the Devs do during live events... now is your chance. It even broadcasts your name to the other players when you do it. Using the Bush Faction Gold Card will spawn a Giving Shrub monster which will drop gifts for you and your fellow adventurers!

The giving shrub can drop... 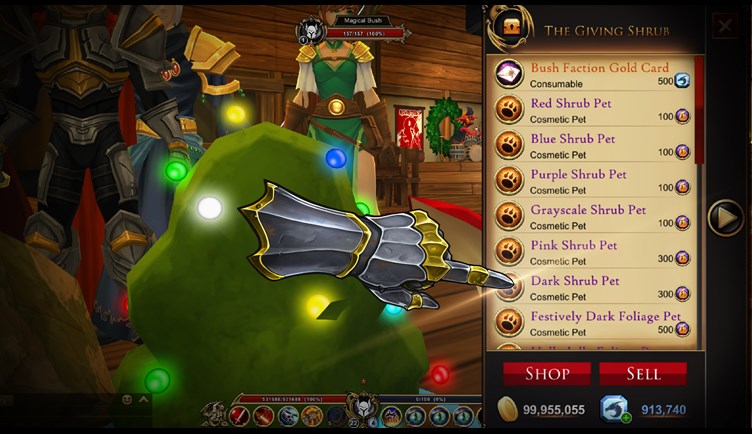 Wait... what Happened to that Secret Bush??

As the Secret Bush mysteriously appeared, it has disappeared. However, you will find a festively decorated Magical Bush in Yulgar's Inn. Talk to it and you can use any Bushels of Bushes you find to craft pets and travel forms on it! There are bushes of all colors and styles you can trade for, including a Battle Bush with a helmet and wielding sword. How festively fun! The Magical Bush also sells Bush Faction Gold Cards for DCs... no more grinding for them. 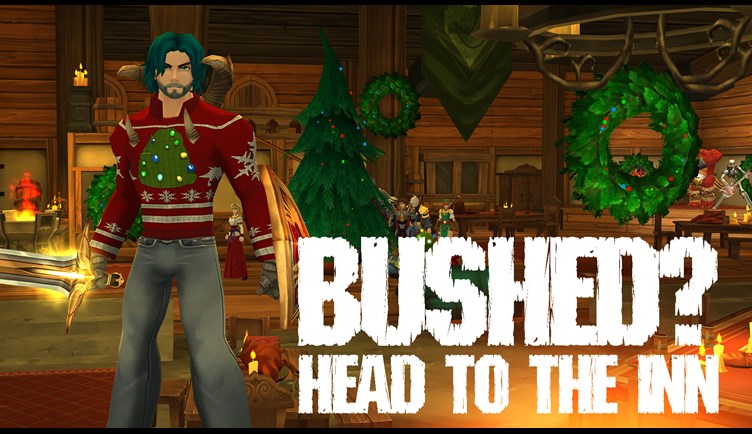 Let us know what you think of this giving system and how much fun you're having with the Giving Shrub. Also, check out the returning Frostval maps and gear.