Are you ready for a Challenge?

Visit Skiffmaster Squint at any of his locations around the Sandsea for our new Sharken Challenges. These challenge versions of the sharken fights from the Sandsea Saga are a timed level 33 Sharken Challenge and level 35 Void Sharken Challenge. Unlock each one when you complete its story version. Each challenge is designed for a full party of 5 players and a prize chest drops at the end of each fight. 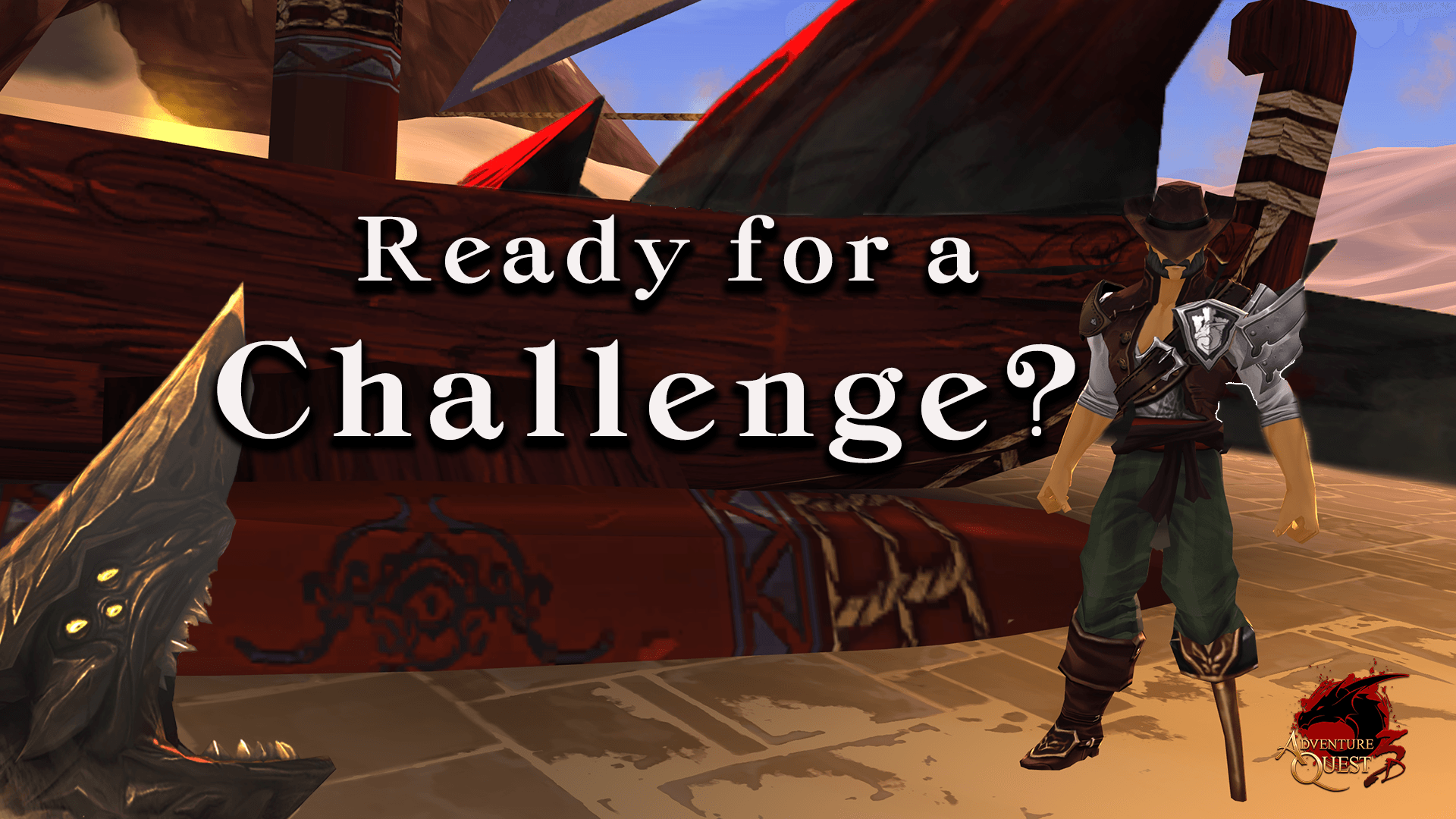 Stick around after the fight to claim your prizes! The Chest of the Sharken (Sharken Challenge) has the possibility of containing one of three Sharken Slayer weapons. The Chest of the Void Sharken (Void Sharken Challenge) has the possibility of containing the Sun Keeper Cloak or Armor, and one of two Void Sharken Slayer weapons. Both chests will always have Sharken Parts and a Sharken Filet or two. 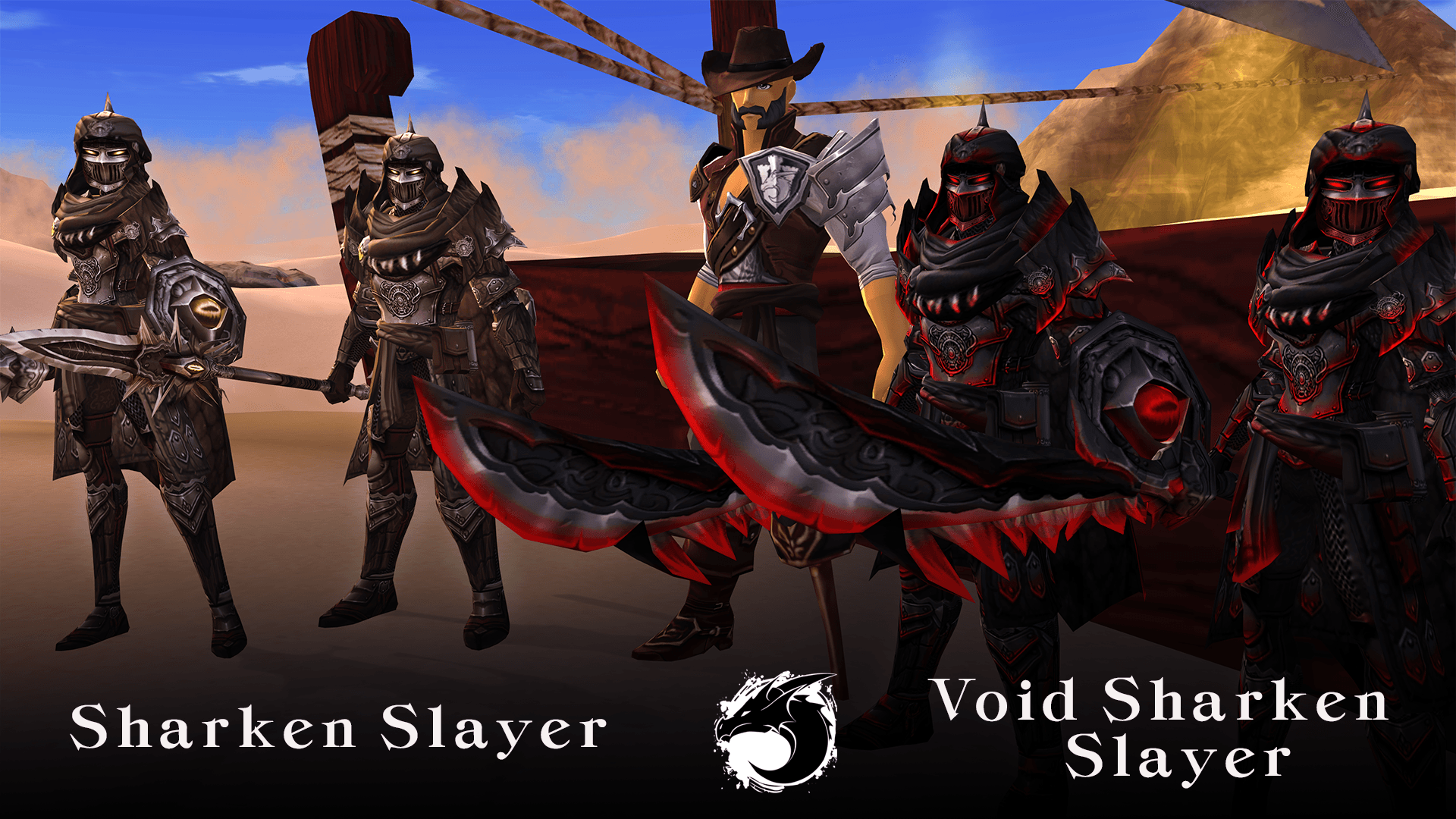 The Sharken Slayer set only requires Sharken Parts and Bastion Bucks to craft. 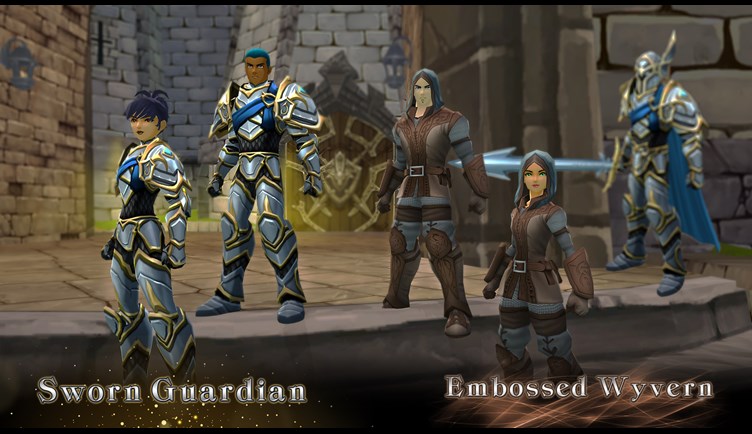 Guardians! The time is nigh to swear the oath, and wear the Sworn Guardian Armor and Shoulderplates. You may have seen this armor in game on Guardian NPCs like Alistair, who stands outside of the Guardian Tower in Battleon. Head to the Guardian Class Gear Shop, pick up your new armor, and become a Sworn Guardian today!

Keep collecting your daily chests. You may end up with a few pieces of this elegant Embossed Wyvern armor set or some of the many new items we’ve added recently. And if you see Gaz on the bridge, make sure to say hello and check out the many new items he has in his shop.